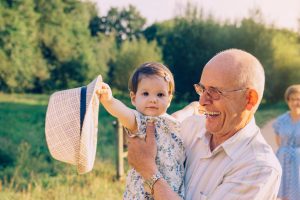 Cultural stereotypes tend to paint aging in a negative light. “Senior moments” of forgetfulness, fumbling with new technology, and mishearing things are all familiar hallmarks of aging—at least as it’s portrayed in the media. Not only are such stereotypes patently untrue (according to data from Pew Research Center, 46% of seniors over 65 own a smartphone!), they also ignore the many benefits that come as a byproduct of collecting decades.

Recognizing the happy side-effects of growing older can help you embrace and lean into the aging process rather than fighting it. If you struggle with accepting “your number,” the following benefits of aging might help you shift your perspective.

Upsides of Aging That Make Growing Older a Privilege

One of the few positive aging stereotypes is the elderly person who doesn’t suffer fools or foolishness—and isn’t quiet about it. By the time you reach a certain age, you’ve experienced enough and witnessed enough to know the difference between what matters and what doesn’t. That perspective frees you up to stop sweating the small stuff and instead devote your energy to the things that are most important to you.

For decades, your life is full of work schedules, school schedules, after-school schedules, and social events. By the time you retire, your kids are out of the house and (hopefully) taking care of themselves. So when you remove work obligations, suddenly the only demands on your time are… whatever you want! This abundance of free time can be overwhelming at first, but it’s an amazing privilege. Use your newfound free time to go back to school, start an exercise routine (you’re never too old!), or pick up a new hobby.

With grandchildren comes all the fun of parenting without the any of the downsides. You probably don’t miss disciplining your kids or arguing about bath time, but you might trade anything for one more chance to snuggle your now fully-grown children in your lap while reading them a bedtime story. Being a grandparent lets you revisit the joys of having kids—and the fun doesn’t stop when your grandkids start growing up.

Maintaining a positive outlook on aging isn’t just fluff. It can actually help you live longer. In a 2001 study, researchers from Yale and Harvard followed 660 participants between ages 50 and 80 for over 22 years to observe how self-perceptions of aging correlated with longevity. The participants who had a more positive attitude about the aging process lived, on average, 7.5 years longer. So figure out what “senior moments” make your life better and celebrate them every day.